Dave Collins of CleverHiker.com in Portland Oregon reached out to me and asked me to spread the word about a project he is working on regarding an Ultralight Backpacking Series.


After taking a look at Dave’s website, I knew this was a project I could stand behind. Essentially, it is his goal to spread the word of ultralight backpacking both in gear and technique by video. He intends a series and beyond to spread the gospel of ultralight backpacking, educate, introduce the topic to those who may not see ultralight gear at their favorite gear shop, and to debunk some myths. There is a video at Ultralight Backpacking Series which gives you a visual on what he is trying to accomplish and also looks to you to help fund the project with a goal of $10,000.

A couple quick things I picked up from the site.

1) Dave is an Eagle Scout as are his three brothers and his parents are both Scout Masters. He even has a dog named Scout. Oddly enough, so do I.

2) He hiked the PCT in 2009. That’s enough for me to know he is experienced enough at putting one foot in front of the other and experiencing real world, long-term backpacking challenges on a solid trail.

3) I was a fan of Dave’s stated beliefs. He said, “Our belief is that backpacking provides some of the most rewarding experiences. Our goal is to improve those experiences and inspire you to plan your next trip.” A noble goal if you ask me.

When I started backpacking, there were no videos about ultralight backpacking and only a handful of written resources. I spent a lot of time and money on junk I didn’t need. As this industry grows, it’s nice that people like Dave at CleverHiker.com are willing to put in the time and effort to lead the growth of the industry so others can enjoy that which you and I likely already discovered – a lighter pack is more enjoyable and can be equally safe.

With the holiday season in full swing, stop by the fundraising arm of Ultralight Backpacking Series and offer up some of your hard earned money for a worthy cause. There is a time limit, so the sooner the better.

Posted by Jolly Green Giant at 6:26 PM No comments:

Email ThisBlogThis!Share to TwitterShare to FacebookShare to Pinterest
Labels: Fund this project 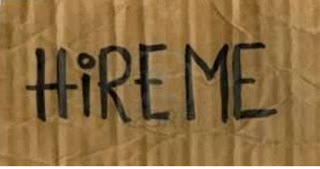 It's taken 37 years on planet earth and two sweet wonderful sons to teach me a degree of humility.  So it is without reservation that I post this publicly and unashamedly.

My employment of 12 years unexpectedly ended yesterday.  My company had been experiencing financial hardships for the last two years and laid off nearly 1,000 people in this time.  Regrettably, yesterday I became one of them.

I've worked in some capacity since I was 13, to include through all levels of education.  I work, because that is what I know how to do and what I'm good at.  I simply cannot sit idle.  I've found that people can be generally lumped into two categories - workers and non-workers.  I'm a worker.  Whatever task at hand, I work, and this ethic has served me well.

As I laid awake last night pondering my options, it was a reality only this morning that I had no place to go - no "work".  My family is a one-income household with my wife doing her best to raise our 3 and 5 year old sons to be respectable and brilliant contributors to the world.  This is a philosophy which is necessary for us right now.  Unfortunately it also means that the lack of our only income is devastating.

It is very unlikely that I will find a job locally which means I am now on a course to relocate and start something new.  My hope is to use all the resources I can, to include the anonimity of the internet and the blogger sphere, to look for potential "work" where ever that may be.  My personal interests are in all things backpacking and outdoors.  If you are a vendor and would like to expand in Virginia or elsewhere, please let me know.  If you have more conventional work, again, I welcome the challenge.

Thanks for reading.
Posted by Jolly Green Giant at 9:08 AM 16 comments: 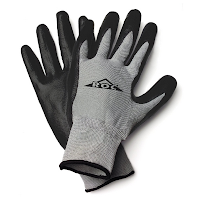 A little over a year ago I read an article on Gossamer Gear’s website from Will Rietveld – gear reviewer extraordinaire.  Will pointed out the benefits of Nitrile coated gloves in applications for backpacking when there was a need to have some palm padding.  I determined this would be especially beneficial when bush-whacking, rock scrambling, gathering firewood, and generally hands-on uses.

To be fair, most of my backpacking is done in a manner where I exercise a significant amount of due diligence when it comes to putting myself or my gear in harm’s way.  For example, in as much as I like fires, I rarely light them because I’m usually hiking during daylight hours and sleeping shortly after arriving to camp.  I also don’t want to fuss about dealing with local regulations, gathering wood, being responsible for Leave No Trace ethics, or dodging burning embers, etc.  This isn’t to say I don’t love fires, which I do, but when moving fast and light, sometimes it is just easier to hike and sleep.

Now with that said, when outside of my “normal” kinds of trips, I do find myself being somewhat unconventional.  Whether it is gathering firewood or rock scrambling, it is in these moments that a decent pair of gloves makes sense.  Since the release of Rietveld’s original article, I’ve been on the lookout for a pair I liked.  Unfortunately, most options were poor.  The typical gardener’s glove I found to be heavy and poor fitting.  The breathable back was also a little too thick and the nitrile coating was generally in such abundance that the glove would maintain its own shape even without a hand in it.

Recently I was doing some work on my car and ended up at our local AutoZone.  While browsing for the parts I needed, I came across “The Roc”, a nitrile-coated glove from Magid Glove and Safety Manufacturing Company.  These were thinner than the standard gardener gloves and the actual nitrile coating was also less robust.  The result was a snuggly flitting glove which allowed for great dexterity and offered significant palm protection with back-of-hand breathability.  Like my merino and possumdown gloves, I can wad these up and twist them as they extremely pliable.

I’ve been on three trips with them thus far to include fidgeting around the yard.  In this time I’ve come to the conclusion that these gloves are exactly what I was looking for.  If you need something similar, give them a shot.  They are extremely lightweight and are usually around $5-6.
Posted by Jolly Green Giant at 3:00 AM 2 comments: