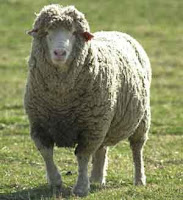 I wanted to mention a topic of conversation I hear frequently with regards the benefits of base layers such a Patagonia Capilene (synthetic) versus merino wool products. Worth mentioning is that there are a ton of other options on the market to include high-tech moisture wicking materials, anti-odor materials, materials under development by NASA and the U.S. military to allow the person wearing them to control their thermoregulation and stink for prolonged periods, etc. My point with this blog was merely to identify a quick list of pro’s and con’s regarding Capilene and merino wool so the user can make an educated decision. Many people are polarized on their opinion regarding this topic, but many don't seem to understand the rationale of choosing one over another. My opinion on both has changed over the years as I learned about which option works best in different situations and wanted to pass this knowledge along.

So why should anyone care about a good base layer? Simply, a base layer is supposed to manage thermoregulation and moisture. When either is out of whack, you will be too. For example, what is more important in rainy or wet conditions – to avoid moisture or to avoid getting cold? 99.9% of the time, the answer is pretty simple – to avoid getting cold. After all, you can be plenty fine while wet, but you’ll be plenty dead when cold. A functional base layer works to manage your body’s temperature, first and foremost, but also to avoid prolonged wetness which can evolve into all kinds of nasty skin/health conditions in addition to cooling you off. Other than thermoregulation, the other key word when describing the importance of a base layer is “wicking” which is nothing more than the movement of moisture away from your body.

The argument in support of merino wool is a popular forum topic which has emerged in recent years because of the legitimate science behind it and the popularity of some mainstream backpacking notables who support its use. The emergence of merino wool versus straight wool has dramatically changed the texture and comfort of wool products which were generally known to be extremely warm, but also extremely uncomfortable and itchy. Most will claim wool is vastly superior when it comes to odor control which is the chief reason it gains so much support. It also offers decent warmth to weight ratio, breathes better than most synthetics, and actually repels moisture a little better due to its fiber structure as merino wool is naturally wicking while synthetic materials generally are not. In fact, most synthetic materials receive a treatment to ensure they adequately transport moisture. In untreated areas or when the treatment wears off, the material begins to retain moisture. Probably of no surprise is the reality that the thinner (more fine) of a material, the greater the likelihood is for it to transport moisture more efficiently. This is true for nearly any fabric. As part of the transport and thermoregulation process, wool essentially absorbs moisture while synthetics allow moisture to run over it instead of through it. Wool also takes a little longer for the user to feel wet because it absorbs the moisture inside the fiber instead of merely running it across the fiber. Unfortunately, merino wool is usually very expensive and rips easily. Some report being allergic to merino products which is generally noted by redness or skin irritation causing the user to itch.

Capilene, however, dries roughly 50% quicker and it has a better warmth to weight ratio, although it feels cooler when wet because it is lighter and more air permeable. It is less costly and won’t rip as easily. Some report it feels clammy when wet. Some Capilene and similar synthetic products use silver treatments on the material or within the materials fibers to make it odor resistant. When it comes to a true measurement of “stink”, it should be noted that body odor in fabric is essentially bacteria. Wool is anti-bacterial by nature whereas synthetic materials are not and therefore wool wins this aspect. As of now, I haven't heard of anyone claiming alergies from Capilene products, although there could be.

In summary, Capiline is lighter, less costly, more durable, dries quicker, and offers decent warmth and stink control. Merino wool is generally more comfortable, offers superior odor control, and wicks better (naturally). It is also a natural material, but one which some may cause some to have an allergic reaction.

So which is better? The answer is that it depends on your preference, function, environment, and wallet...much like most gear. I use both on and off. I think in most conditions, especially prolonged activity over several days, I favor merino wool for its inherent odor control and comfort. When exposed to extreme cold or endless rain, synthetic is generally my choice. Capilene is a mainstay in my sleeping gear as I know sleeping isn't an activity where it is going to get wet or stinky and I’d rather carry the lightest option. Regardless of which I choose, I like light colors in summer and when it's buggy, and dark colors at all other times. The light color is cooler in the summer and doesn't attract as many bugs, and the dark color absorbes more light and thereby helps dry the fabric more quickly (and may retain a little extra heat too).

Posted by Jolly Green Giant at 4:11 AM

Email ThisBlogThis!Share to TwitterShare to FacebookShare to Pinterest
Labels: Lightweight Base Layers

Another pro for merino wool is that it is renewable whereas the capilene / polyester products are a by-product of oil. However there are some manufacturer's like Patagonia that are mixing some recycled materials into their line which helps.

A huge benefit to the wool in relation to backpacking and cooking over fire is that it is very flame resistant whereas a polyester of any make is highly flammable.

Personally, I have almost completely switched from polyester products to merino wool. Initially due to the stink factor, but these other factors you mentioned and the ones I noted are huge bonuses for me...

Treklightly, thanks for stopping by.

I had completely forgotten about the flammability issue, likely because where I hike fires are rarely legal. Thanks for mentioning it as that is a very important factor.

Very informative article! I find Merino itchy and prefer capilene in all thicknesses, but agree that it's a personal choice.

Very nice article. I only use Merino, though I might try out some Patagonia Capilene some day - your argument of using them for sleeping is sound, which would be a good use for them.

So, if you are bringing along a sleep shirt, why would you bring capilene in lieu of cotton?? To me capilene feels sticky and irritable against the skin... I'd have to weigh one of my super thin cotton shirts to see how the weight compares to capilene, but I think it would be pretty close... any thoughts?

During summer months especially and for short trips, I think cotton gets a bad rap. It's comfortable and its characteristics can be very cooling when it's hot. For me, it's the stink factor and drying factor that often makes the difference.

I have tried several Point 6 socks and they're very good merino wool socks. Might be worth a look: http://www.point6.com/home

Hey Jason. I've heard good things about Point 6. I've been using Darn Tough for about the last 2 years and have been pretty happy with them. Prior to that, I was wearing SmartWool which pilled and wore quickly. I'll need to give Point 6 a try. Thanks for stopping by.

Another con for Merino wool is that it comes from a cruel industry.

The sheep are bred to have more wrinkly skin so that they produce more wool, and since they cannot shed, their wool will grow longer and longer while flies lay eggs in the moist folds of their skin. The hatched maggots can eat the sheep alive.

To prevent this from happening, ranchers will perform an operation called mulesing. Without anesthesia large strips of flesh are cut of the backs of lambs and around their tails.