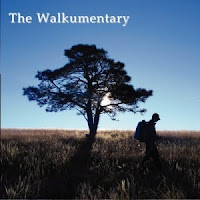 Over the course of 2009 I had the opportunity to read several great backpacking books and also watch a handful of backpacking DVD’s. Having only minimal time to backpack, I find these resources help fuel my interest and allow me to live vicariously through the accomplishments of others.

One DVD I recently watched was “The Walkumentary” (http://www.backpackinglight.com/cgi-bin/backpackinglight/walkumentary_dvd.html) in which Lawston “Disco” Grinter takes video of his 2,800 mile thru-hike of the Continental Divide Trail (CDT). Near the end of the video, Disco and four friends crown one another with makeshift crowns to recognize their accomplishment of successfully hiking the Triple Crown (Appalachian Trail, Pacific Crest Trail, and CDT).

The extremely small number of people who have completed the Triple Crown have accomplished quite an amazing and impressive feat in my eyes. If I’m being honest, I’m quite jealous that they have the time, money, support, and ability to do it as each of those things have long since been crutches of my own and excuses for me being unable to meet similar goals. With most of my time being spent on the Appalachian Trail, I sought out to ask Disco for his impression of the AT versus the CDT and PCT in terms of difficulty, resupply, water availability, etc. I was also curious how he found the time and money to do it. After doing a quick internet search, I found his blog and he was kind enough to respond to my e-mail. Below are his comments:

I think that mile-for-mile, the AT is the toughest on the body and the PCT is the easiest on the body. The CDT, especially in Montana, is really brutal. Lots of up and down, just like the AT, and the lack of maintained trail and in some cases non-existent trail make it the toughest state to hike in on the entire Triple Crown in my humble opinion. The CDT is a good bit easier in Wyoming, Colorado and New Mexico though. The AT is consistently tough from Georgia to Maine.

The AT is easiest to get water. The southern California section of the PCT in dry years can result in hikers carrying large amounts of water. In 2004, I carried 7 liters out of one spot. In 2008, which was a much wetter year, the most I carried in southern Cali was 3.5 liters. It really depends on the year with the PCT. New Mexico is known to have some long water carries but in the Fall of 2006 when we hiked thru, the most water we carried was 2.5 liters. Mainly because it's a good bit chillier in the desert in the fall. If we had hiked New Mexico in the Spring, it would have been a bit tougher.

Weather . . . the AT has the most rain . . . hands down. The western states are just plain drier. On the PCT in 2008, we didn't get any rain at all until central Washington. Not a drop. We walked from Mexico to central Washington completely free of rain. That'd be the equivalent of walking from Springer to say Gorham without any rain. Having said that, I've been in some brief but violent weather on the CDT . . . thunder, lightning, hail with 50+ mph winds. In 2004 on the PCT it rained 3 out of every 4 days for the last month on the trail. But the AT consistently gets more rain than the CDT/PCT.

Resupply . . . the CDT has the toughest resupply. Especially in Montana/Idaho where you will hike 5 days, hitch 20 miles down to the nearest town and have a convenience store to resupply from for the next 5 days. Lots of mail drops take care of this tough resupply situation on the CDT.

I've logged about 12,000 miles since 1999. I've been able to find the time and the money to do this amount of hiking because I made it basically my #1 priority. Out of that 12,000, I've done four 2,000+ mile hikes. Each time I was in a transition period of sorts. When I hiked the AT, I was just out of college. My first PCT hike, I quit a job. My CDT hike, I had just moved to Colorado and wasn't tied to a job. My second PCT hike, I left a seasonal job. Moneywise . . . I saved money like it was my job. I made saving money for the next big hike a priority. I also got smarter on the trail. I spent $4,500 during my first PCT hike and $2,100 during my second. Staying away from towns and hotels resulted in the bulk of my savings on my second PCT hike.

Posted by Jolly Green Giant at 6:12 AM

Thanks for posting this, its very interesting information. I hope to walk one (or all three =) of the US Long distance trails, and this is quite good to know.

And the Walkumentary is also on my programme one of these days (next week Thursday maybe!).

Jolly Green Giant, thanks for the post on The Walkumentary! Best, Disco

Hey Disco, thanks for stopping by. Thanks again for taking the time to lug the extra weight and put forth production effort for the Walkumentary. I enjoyed it quite a bit and I suspect others will too.

Wonderful article,thanks for putting this together! "This is obviously one great post. Thanks for the valuable information and insights you have so provided here. Keep it up!"
dissertation writing